Melbourne is home to a wide variety of birdlife. Among these are honeyeaters. Honeyeaters are a group of birds found mostly in Australasia, with a few species in parts of Indonesia and several in the Pacific's many islands, however most species are found in Australia. They generally feed on nectar, and make up the family Meliphagidae. There are many different honeyeaters in the Melbourne area, this is a list of some I have seen, including photos from previous posts. 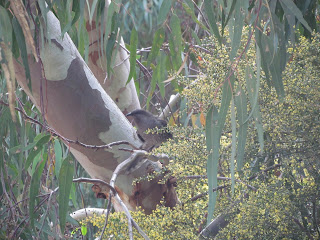 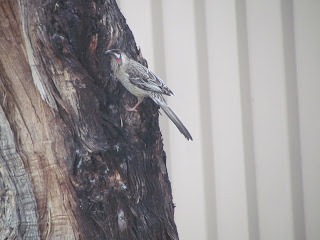 RED WATTLEBIRD Anthochaera carunculata
The genus Anthochaera contains the wattlebirds. 2 species of wattlebird live in the Melbourne area, both are very common and can be found in gardens, dry woodland and grassland. These are the little wattlebird and the red wattlebird. 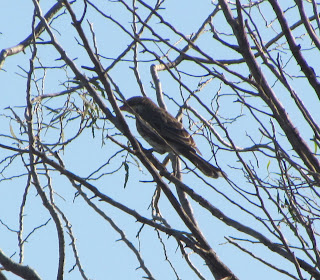 SPINY-CHEEKED HONEYEATER Acanthagenys rufogularis
The genus Acanthagenys contains only one species, the spiny-cheeked honeyeater. Though uncommon in the Melbourne area this bird can be found in heathlands and saltmarsh, especially along the Mornington Peninsula. It can also be found in dry woodland in other parts of Victoria, but in Melbourne it is best seen in these coastal areas. 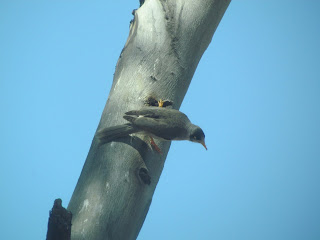 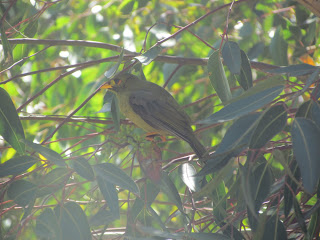 BELL MINER Manorina melanophrys
The genus Manorina contains the miners. 2 species of miner live in the Melbourne area. The first, the noisy miner, is extremely common in dry woodland and grassland. The second, the bell miner, is also fairly common in dry woodland, but it forms small colonies in certain areas: examples include the Melbourne Zoo's carpark, and Merri Creek Park in Northcote. Both may visit gardens. 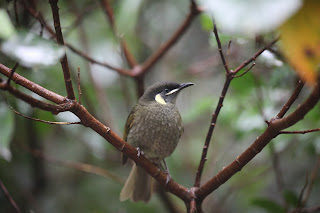 LEWIN'S HONEYEATER Meliphaga lewinii
The genus Meliphaga contains 4 species of honeyeater, 1 of which lives in the Melbourne area. This is the Lewin's honeyeater. It prefers riverine woodland and temperate rainforest. It is supposedly moderately common in the Melbourne area, but I have only seen it once there, in the forest around Healesville Sanctuary. 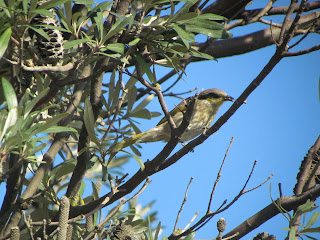 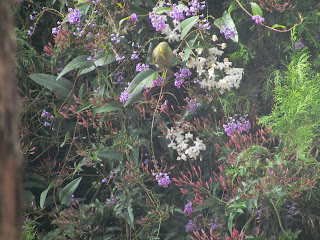 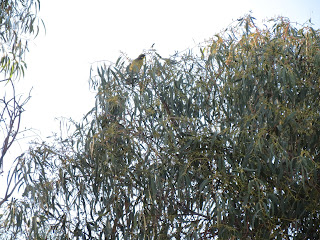 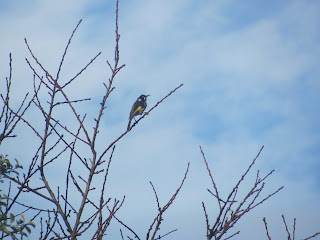 NEW HOLLAND HONEYEATER Philidonyris novaehollandiae
The genus Philidonyris again only contains a few species of honeyeater, only 2 of which inhabit the Melbourne area. These are the abundant New Holland honeyeater (seen pretty much everywhere from heathland to dry forest, including my garden) and the crescent honeyeater (a lot less common, it prefers wet forests and is a specialty of the Otways NP). 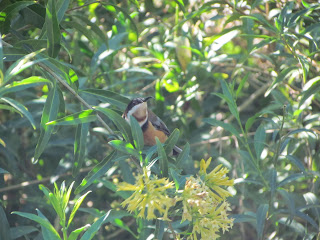 EASTERN SPINEBILL Acanthorhynchus tenuirostris
The genus Acanthorhynchus contains the 2 spinebills, of which only one inhabits Melbourne's forests, both wet and dry. This is the eastern spinebill, a locally common honeyeater in good forests, which I first saw in the Grampians area but have seen around Melbourne Zoo as well. 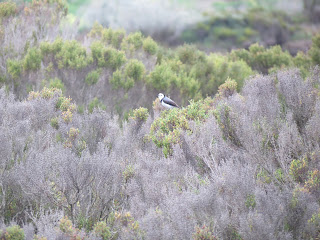 WHITE-FRONTED CHAT Epthianura albifrons
The genus Epthianura contains the 4 Australian chats, which are actually honeyeaters and not related to the chats of most of the Old World. Only one can be seen in Melbourne, and this is the white-fronted chat. It prefers saltmarsh and similar habitat near the sea, and is a regular sight at the Western Treatment Plant.
Those are the common honeyeaters of the Melbourne area.
Posted by Chanith at 15:35